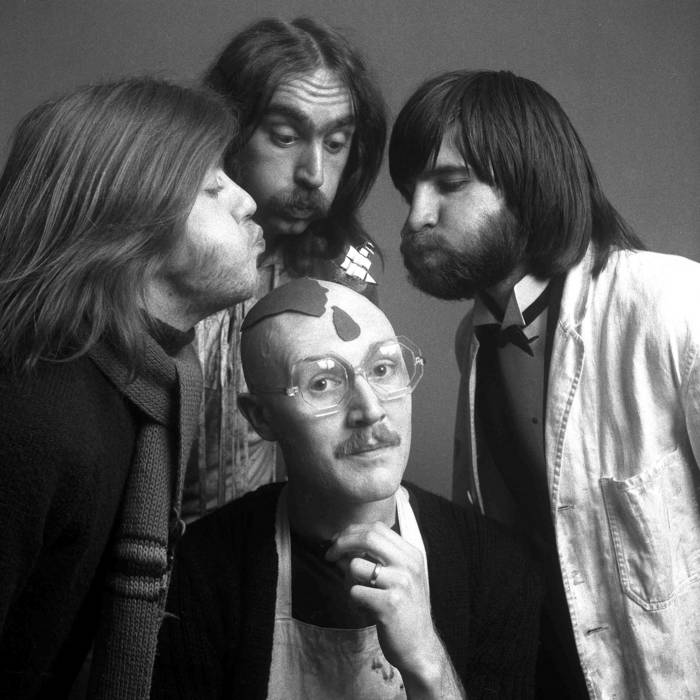 Dylan Barry I was raised on quirky stuff like the Bonzo Dog Doo-Dah Band, so this was always going to appeal to me. Viv Stanshall was one of a kind, the likes of which we'll never see again! Absolute legend! This session from John Peel's radio show in 1970.... I feel honoured to be able to hear it now, all these years later! 47 years later! Favorite track: Cyborg Signal.

The shining example This is fantastic,another great addition to the Mega Dodo catalogue.Check this out and check out Mega Dodo! Favorite track: Blind Date.

By the time that The Bonzo Dog Doo-Dah Band played their final live dates early in 1970, the individual members had been planning their next move for several months. While for Rodney Slater this meant a career in social work, the others had a more musical direction in mind - and, predictably, nobody's plans were more inventive, ambitious or downright eccentric than those of Vivian Stanshall.

In the months leading up to the band's split, both Stanshall and Neil Innes had formed new bands and had already started recording, but while Innes' new project The World had released an album (the superb "Lucky Planet") by the end of 1970, Stanshall's Sean Head Showband, a loose collection of musicians which included Eric Clapton, only managed to put out one single. 'Labiodental Fricative'/'Paper Round' was certainly an impressive single - particularly the a-side, with its ringing guitars, dreamy middle eight and absurd tongue-twister lyrics - but the Sean Head Showband was clearly never intended as anything more than a short-term stopgap project. Barely a month after the release of 'Labiodental Fricative', the Sean Head Showband were effectively defunct and Stanshall announced the arrival of his major new project - biG GRunt.

In addition to Stanshall as lead vocalist and multi-instrumentalist, biG GRunt included two other former members of The Bonzo Dog Doo-Dah Band in their ranks, demonstrating that Stanshall was playing as close attention to the band's visual style and use of humour as he was to the music. Bassist Dennis Cowan, who at that time was also a member of The World, was a reliable musical anchor and renowned by his former bandmates for his highly distinctive sense of humour. Saxophonist Roger Ruskin Spear, in addition to having been the most manic member of The Bonzo Dog Doo-Dah Band onstage and the third most prolific songwriter of the outfit (after Stanshall and Innes), was also a self-styled inventor who built bizarre robots, exploding props and absurd mechanical contraptions for their live shows. The other members of biG GRunt were guitarists Bubs White and Borneo Fred Munt, both of whom had been members of The Bonzo Dog Doo-Dah Band's road crew, and powerful drummer Ian Wallace. Even without biG GRunt having played a note of music in public, the background of the individual members made it clear that they were a formidable prospect both musically and as performers.

New sounds from Mavi, Ivy Sole & Moderator, plus AJ, the One joins the show, for her latest release