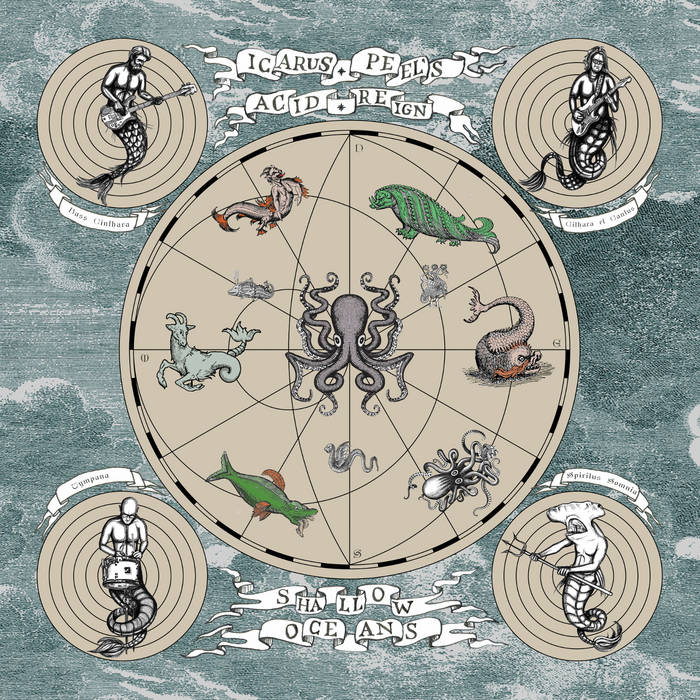 The first release on the newly formed Billywitch Records is unleashed this November and is by your favourite power-trio Icarus Peel’s Acid Reign. A three-piece fronted by Icarus, the Acid Reign is much more than just a showpiece for Peel’s solos. They perform songs that are memorable and psychedelically deep, with heavy guitar dynamics thrown in for good measure. The interplay between the band is essential and extraordinary, each song is given space to develop new horizons and is never played the same way twice.

Shallow Oceans is their second album and like their debut it takes its influences from The Jimi Hendrix Experience, Cream, The Groundhogs and Taste. Like the classic power-trios that inform them, Acid Reign soar from light to heavy, from minimalism to baroque and from dreamy reveries to gothic nightmares.

If your taste is for extended guitar-driven acid rock you need look, nor listen, no further than Icarus Peel's Acid Reign. Their new album Shallow Oceans skilfully recreates a time when the world’s most inventive guitarists where taking the instrument into uncharted territory but with great songs to tickle your earholes.