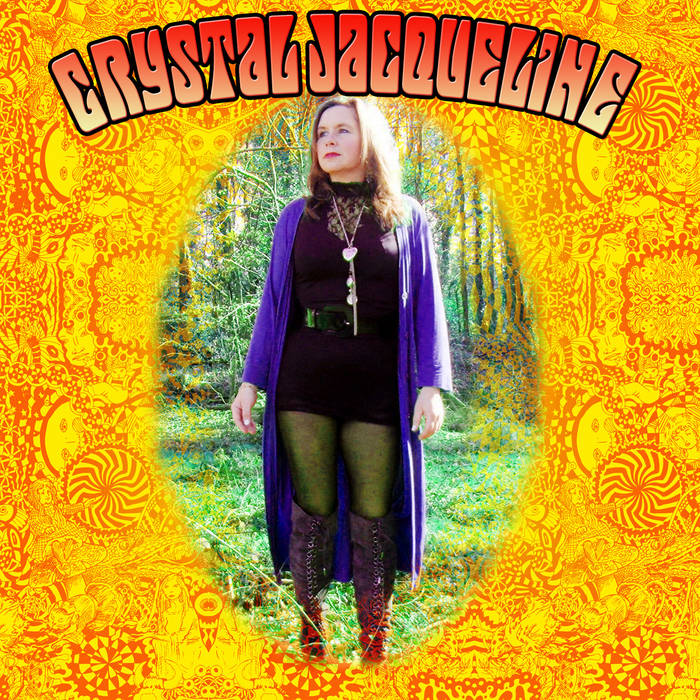 Across The Universal Soundscape

It’s one of those albums that you hear once, play again, and before you know it, an entire day has gone by and you’ve still not heard enough. Crystal Jacqueline may not be a household name … at least, not yet.

But in that corner of modern psychedelia that seems to be expanding with every passing day, a heap of Youtube clips have now transformed into Sun Arise (Mega Dodo) and, as 21st century debut albums go, it takes a lot of beating.

Think… classic Airplane merged with Syd Barrett’s Floyd, then drape them in sunshine flavored gauze. Think Me and My Kites and Us and Them, modern psychedelic warlords who have already run a few lap around our ears, then push them into the things that a starburst dreams of. Think “Let’s Go Fly A Kite,” and imagine Mary Poppins getting high on the first This Mortal Coil LP. Sun Arise is all these things, and every fresh spin brings a new thought to mind.

Crystal Jacqueline herself was a founding member of the Honey Pot, Brit psych merchants par excellence; and a founder, too, of the Green Question Mark, alongside Mordecai Smith and Marrs Bonfire.

She’s familiar, too, to anyone collecting Fruits de Mer, that most intrepid of vinyl 45 labels, and a few songs on the album have already spun on single. But still the main feast will devour you with unfathomable relish, because the songs that soar from the CD are ones you’ve been dreaming might sound like this for aeons.

The Stones’ “Play With Fire,” fragrant and tender, harpsichorded like the best of their ballads, but biting too with a passion that even Jagger-Richard never imagined; the Troggs’ “Cousin Jane,” stately and eccentric, a garage band covered with chintz-colored kisses, while skeletal piano dares you to dance. Jacqueline’s keyboards spin and swirl, her voice soars and sinks… Second Hand’s “A Fairy Tale” lives up its title with dreaming spires reaching beyond the sky, while dark guitar reminds you of the underbelly beneath; and Gordon Lightfoot’s “Sundown” has never seemed so sultry.

If the covers are the album’s easiest point of entry, at least for listeners who like to have at least a suggestion of what’s in store, Jacqueline’s originals come even closer to perfection – acid folk dancing in the arms of psyched out somber froth, precisely the kind of mood you imagine you’ll create when you make a mix tape of your top ten favorite oldies, but which never quite catches the breeze.

Autumn days, bonfire nights, a beauty with just enough beast within to make you huddle closer to the firelight, but you always leave one hand hanging free, just in case she wants to grab it. That is Sun Arise and if my initial response is to regret that it’s only available for now on CD, a newly-launched Kickstarter campaign would appear to agree. Pledges of varying amounts allow you fresh access to the magic, and a colored vinyl gatefold LP is the gold at the end of the rainbow.

This sun will be rising for a long time to come.

New sounds from Mavi, Ivy Sole & Moderator, plus AJ, the One joins the show, for her latest release